I am not from London.

I am not from the UK.

I am not even from the Northern Hemisphere.

I hail from Avalon, which bar two teeny tiny suburbs, is the most northern point of Sydney, Australia. So you see, I am not foreign to travel because growing up in a country as massive as Australia you quickly become accustomed to travelling long distances to get places. Heck! It takes me an hour and a half to even drive into Sydney CBD and you certainly need a car when your closest corner store is a twenty minute walk!

So having moved over to London to study photography, what amazes me about this sprawling metropolis is not the distance between places, but the many and varied modes of transport that millions of people use each and everyday to travel around the city. From boats to buses, trains, trams, boris bikes and black cabs. But don’t forget about DLR, airline, overground rail and the rainbow web that is the London Underground. All of which could not be more efficient and accessible than the L90 or “devil bus” as it’s infamously known throughout Sydney and is unluckily for me my only transport option into the city. This bus not only takes well over two hours (on a good day) but only runs once every half hour..

So you can imagine my joy after discovering how many different ways I can get around my new city that I was able to try out some of these modes of transport immediately by following my selected, albeit round-about route from the Tate Modern back to the Chelsea Centre of Kensington and Chelsea College.

On September 19 2013, only the third day of college, my peers and I were given a mission to make our way back to school via specific routes from the Tate Modern (camera’s in hand of course). After leaving the gallery, we walked west along the Thames until we reached the South Bank Centre. Then we made our way to Waterloo station and took a train to Clapham Junction where we then hopped on an overground train to West Brompton. As the final leg of our journey, when we left West Brompton Station, we walked through the cemetery, where just beyond the gates, the Chelsea Centre (and a well earned rest) lay.

Along the way, my index finger got quite a workout as I took photos to document my journey. I tried to steer clear from taking cliched ‘touristy’ photos (although Im sure a few snuck in there, seeing as I AM a self confessed London loving tourist) and instead made an effort to focus more on the long lines, roads, tracks and paths that led me between each mode of transport and around this wonderful city. As well as some of the smaller details that caught my eye, helping to make London a little bit brighter on such a bleak and rainy day.

So come along and join me on my travels! See the world through my eyes – which are always looking through a viewfinder! 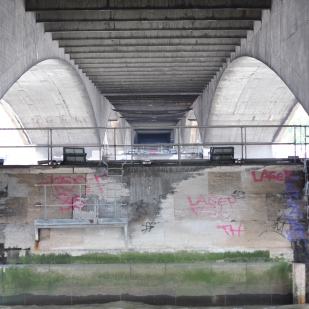 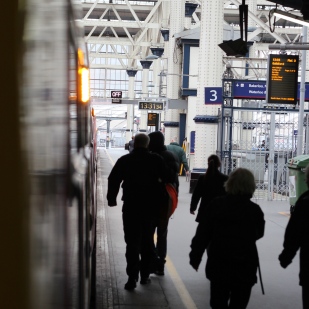 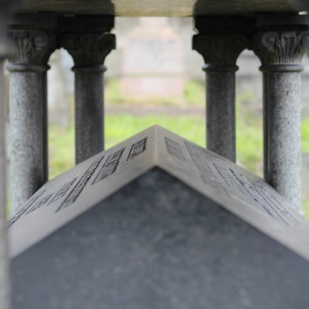