Shooting in the Studio…

What started out as a promising new adventure; to enter into the unknown and enhance my skills as a photographer, quickly developed into stressful and largely unsuccessful experience. For Unit 25 at college, we were given the task of imagining, developing, organising and shooting our own studio session, both portrait and still life, with the themes and subjects entirely up to us. With the momentous task looking in front of me, I went in to a panic! Having not long arrived from Australia, I did not know many people and aside from my camera, owned little possession. WHO and WHAT would I shoot?!?

Then, I had a brainwave! A friend and former colleague of mine is the brains and body behind the successful solo show called Foxy and Husk, “a playful performance artist whose work experiments with the disciplines of lip-synch, video, cabaret and performance art.”

Isolde agreed to pose for me, in different costumes and for the still life shoot, I would be photographing the props and accessories used by Foxy throughout her performances.

The organisation and actual day of the shoot was a whirling dervish of stress!! But thanks to my wonderful model and my extremely helpful assistants, I managed to get the eight images that I needed for this unit. Phew! However, I think I’ll stay out of the studio for a while now. 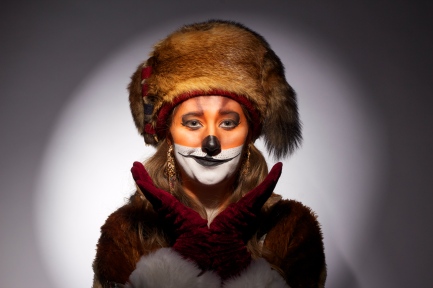 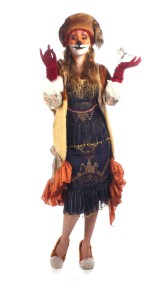 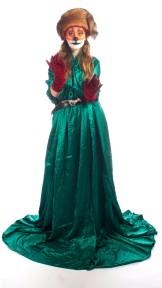 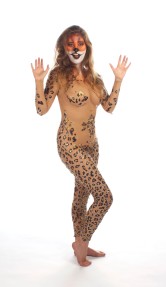